To view the results of our most recent December sale please click here.

Sotheby’s Victorian, Pre-Raphaelite & British Impressionist Art Department brings together the finest drawings, watercolours and oil paintings from a wide selection of artists from the mid-19th century to the early 20th. Our long-standing relationships with collectors and specialists, together with our knowledge and experience have resulted in high-profile international auctions and world-record achievements.

Sotheby’s sales continue to reflect the strong interest in works by British artists, with established collectors competing with new buyers and bidders from around the globe. Our sales in July and December last year included many rediscoveries and the excitement this generated created strong bidding, resulting in many of the lots selling for above their high estimates. John William Waterhouse’ beautiful The Siren sold in the summer sale for £3,835,800 (estimate £1,000,000-1,500,000) whilst Simeon Solomon’s magnificent and important oil painting Habet! In the Coliseum sold for £370,000 (estimate £300,000-500,000) equalling the auction record for the artist, whose watercolour Bacchus also made a high price at £237,500 (estimate £60,000-80,000) and In the Summer Twilight made £137,500 (estimate £30,000-50,000). Dame Laura Knight’s famous painting The Ballet Girl and the Dressmaker was offered at auction for the first time, having been painted in 1930 and remaining in the same collection ever since – it sold for £322,000 (estimate £100,000-150,000). In December another important painting by Knight, entitled Motley and depicting another ballet scene, was offered from the same collection and sold for £200,000, double the pre-sale estimate of £100,000-150,000. The cache of a picture being fresh to the auction market was further demonstrated in December when John William Godward’s At the Fountain was sold for the first time in over seventy years, for £370,000 (estimate £300,000-500,000) whilst Edward Burne-Jones’ watercolour The Three Marys, which had never been offered at auction before, achieved £262,000 (estimate £150,000-200,000). Another great success of the December sale was View of Waterloo Bridge, Embracing St. Pauls, Somerset House and Temple which sold for £256,000 (estimate £80,000-120,000) and Harold Harvey’s Books, Portrait of Laura Knight attracted competitive bidding and sold for £87,500 almost nine times the pre-sale estimate (£10,000-15,000). The success of the sales in 2018 continue the buoyancy of the Victorian, Pre-Raphaelite and British Impressionist art market and we look forward to continuing this upturn through 2019.

If you wish to enquire about the possibility of offering a work in one of Sotheby's Victorian, Pre-Raphaelite & British Impressionist Art sales, please click here. 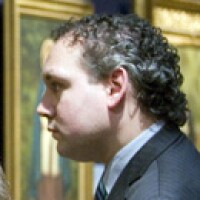 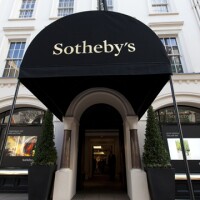