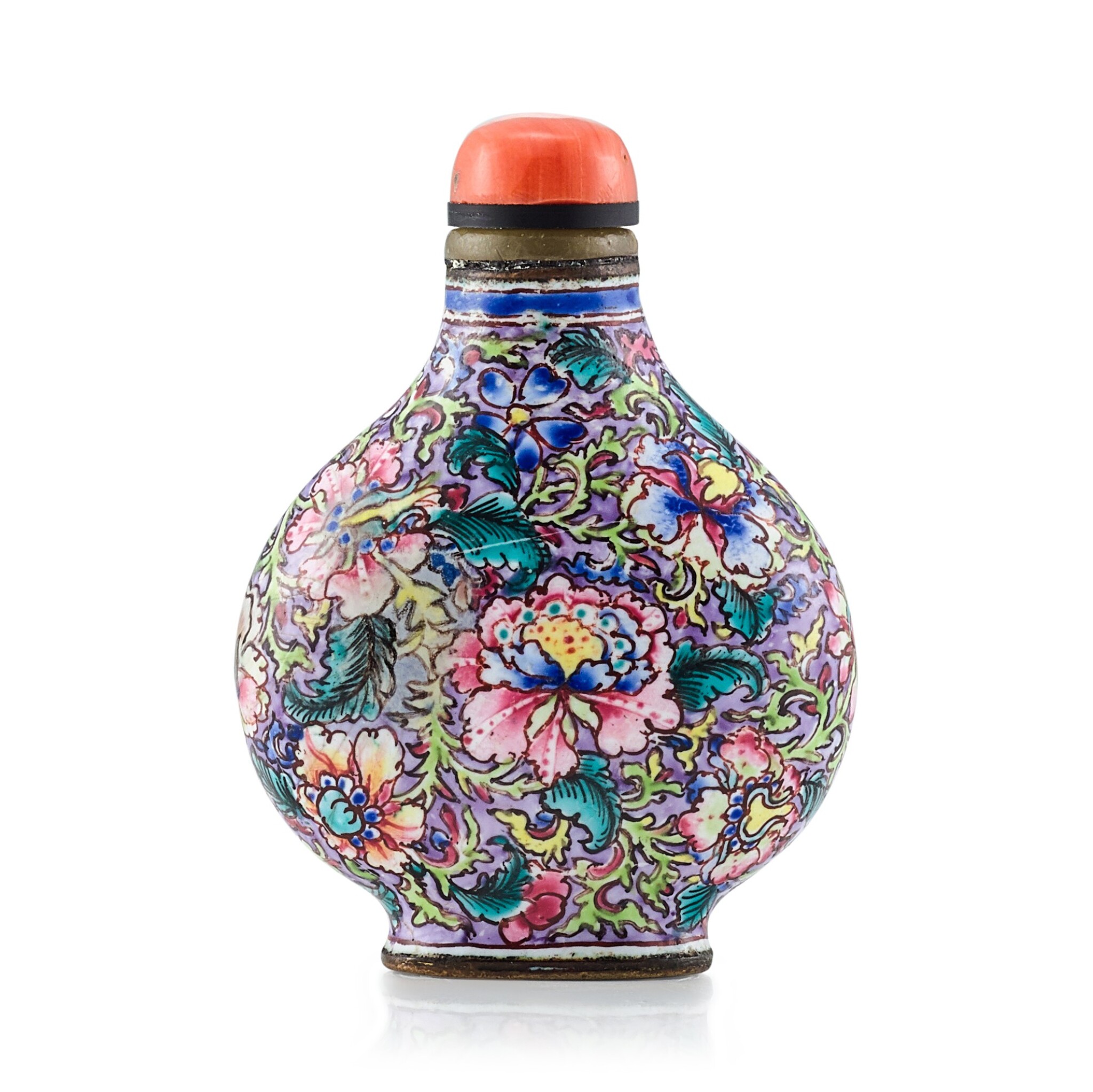 Mark and Period of Yongzheng

Yongzheng reign-marked enamel snuff bottles are rare, with only a small number from the Qing court collection still preserved in the Palace Museum, Beijing, illustrated in The Complete Collection of Treasures of the Palace Museum. Snuff Bottles, Hong Kong, 2003, nos. 129-133. During the Yongzheng reign, palace production of snuff bottles did not reach anything like the regular production of the following reign, and a significant proportion of imperial enamelled-metal bottles was apparently produced in the South.

The mark here is the standard brownish-black, four-character version found on Guangzhou enamels of the Yongzheng and subsequent Qianlong periods, written in regular script, of which function is to identify the piece as a product of the Yongzheng era. The same mark can be found on a yellow-ground snuff bottle sold in these rooms, 24th November 2014, lot 188, from the Mary and George Bloch collection (https://www.sothebys.com/en/auctions/ecatalogue/2014/snuff-bottles-from-mary-george-bloch-collection-part-iv-hk0524/lot.188.html?locale=en).

The Yongzheng enamels on metal created in Guangzhou with designs of various flora and fauna are less refined than the Beijing palace output. Their scenes are charming, but the intent is decorative and symbolic, and they were painted by local craftsmen, not master artists. Thanks to the lesser formality, however, the brushwork on these southern bottles is often delightfully spontaneous and uninhibited.