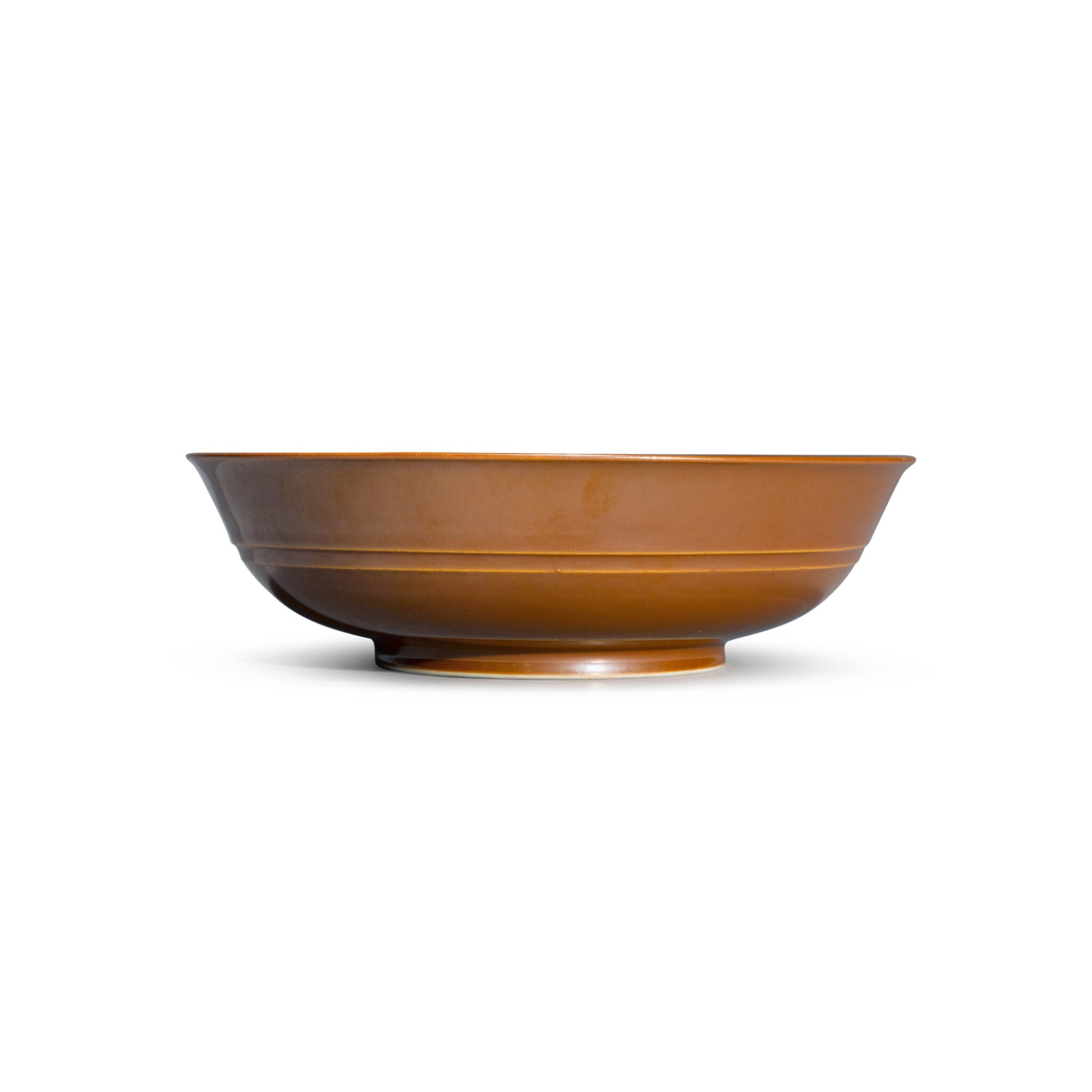 the shallow rounded sides rising from a very slightly splayed foot to a gently everted rim, the exterior sides encircled by two raised fillets, covered overall with an iridescent reddish-brown glaze, the base with a six-character seal mark in underglaze blue

There's a very faint hairline (4.5cm) to the rim. There are two very small glaze imperfections at the interior and an approx. 2.5-cm kiln chip to the foot ring and the an associated imperfection from the kiln.

Liang Dunyan (1857–1924) was a native of Guangdong province, who was partially educated in the United States through his participation in the Chinese Educational Mission. The Mission, which operated from 1872 to 1881, sent 120 Chinese youths to live with American families and study in New England secondary schools, and subsequently study in American universities, with the aim that graduates would return to China and contribute to China's modernization and ‘Self-Strengthening’ efforts. As part of that pioneering program, Liang entered Hartford Public High School in Connecticut in 1874 and went on to graduate from Yale University (class of 1882). Following his return to China, Liang served in numerous important roles as a politician, diplomat, and advocate for education starting in the late Qing dynasty. Among his distinguished positions were his tenure as President of Beiyang University in Tianjin (1904-07), China’s Minister to the U.S.(stationed in Washington, D.C.) (1907), and the President of the Board of Foreign Affairs (1908-11). His prime accomplishment was negotiating with the U.S. Minister to China, William Rockhill, in 1908-09, to finalize the U.S.-Sino scheme to utilize the excess Boxer Indemnity funds in the creation of a Boxer Indemnity Scholarship. Since 1909, the Scholarship has sponsored thousands of Chinese students to study in U.S. preparatory schools and universities. During the Republic period, Liang served as the Minister of Communications (1914-16) and as the Minister of Foreign Affairs (1917).