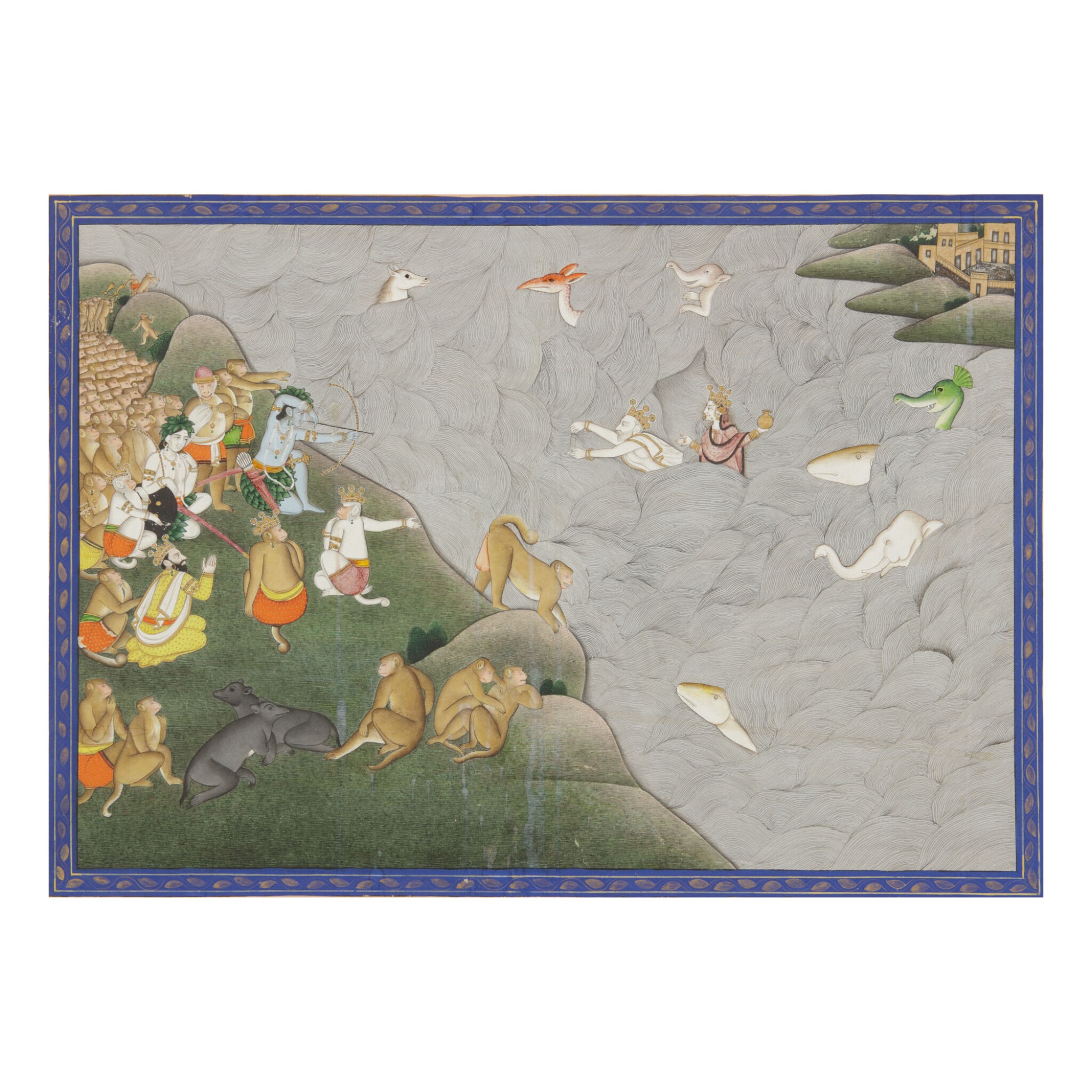 AN ILLUSTRATION TO THE RAMAYANA: RAMA AIMS THE BRAHMASTRA AT THE OCEAN

Acquired from a California Estate, circa 2010

At the shores of the sea, Rama aims his bow with a crescent-tipped arrow - the dreaded Brahmastra, a weapon capable of enormous destructive power - towards the ocean. In the nick of time he is beseeched to desist by Varuna, the God of the Sea, holding his pasha (noose) accompanied by his consort Varuni holding her golden vessel of amrita (the elixir of immortality).

In this episode related in Valmiki’s Ramayana, and pictured faithfully in our painting, Rama has assembled his army of monkeys and bears at the ocean's shore, across the strait from Lanka, home of the demon King Ravana who has abducted his beloved Sita. He is accompanied by Lakshmana and the monkey general Sugriva who discuss strategy, as others wait massed at the shore waiting for the order to attack. Rama, in his frustration at the obstacle of the impassable ocean has been shooting arrows into the water causing it to roil with sea creatures rising in distress. Finally, he loads his bow with the ultimate weapon - the Brahmastra - and is prepared to unleash its power to dry up the ocean and allow his army's crossing. However, before he can do so, Varuna appears before Rama promising that he will help create a crossing for him, which he eventually does.

In a charming vignette near the center of the composition, a monkey grimaces at a fish-like creature who grimaces right back at him! This sizable Pahari painting is from a Ramayana series that has previously been attributed to Hindur, a small court influenced by Nineteenth century painting at Kangra. It is of impressive scale with charming depictions of monkeys and sea monsters. A companion folio from the Paul F. Walter collection was offered at Sotheby's New York, November 14, 2002 as lot 85.