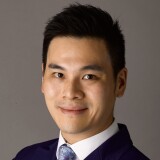 Since joining Sotheby’s in 2012, Felix Kwok has played an instrumental role in promoting modern art across Asia and contributing to the growth of the Hong Kong art market.

In his early years at Sotheby’s, Mr. Kwok was an integral part of milestone events such as Sotheby’s Hong Kong 40th anniversary evening sale, and Sotheby’s Beijing Modern and Contemporary Art sale in 2013. Since 2015, he has spearheaded and curated a number of highly successful themed sales, including “Ineffable Beauty: Sanyu Figure Drawings”, “Movimento Punto”, “Postwar Asian Art”, “Modern Vision”, and more. At the same time, Mr. Kwok also pioneered the Asian art market with works from the likes of Pablo Picasso, Wassily Kandinsky, Bernard Buffet, Georges Mathieu and Enrico Castellani.

When he took the helm in 2020, he refocused the department as “Modern Art, Asia” in line with the vision of officially integrating Western art into Asia, and positioning Sotheby’s Hong Kong onto the global stage as an international art hub. This is evidenced by the success of the Spring 2021 “ICONS” and “Beyond Legends: Modern Art Evening Sale”, which topped the record for Pablo Picasso in Asia and set the world auction record for Chu Teh-Chun. Under his leadership, Sotheby’s Hong Kong Modern Art sales in the first half of 2021 reached HK$1.3 billion, leading all auction houses in Asia.

Felix is also a certified auctioneer at Sotheby’s, taking the rostrum at the 2019 UCCA Charity Gala Auction, and notably in 2020 presiding over the sale of Five Drunken Princes Returning on Horseback, an extraordinarily rare work that spurred a 75-minute bidding war with upwards of 100 bids, ultimately selling for a record HK$306.6 million.